Several years ago, I received a coaching delight that I hadn’t experienced before. I coached a couple who speaks together!

Their number one question was how to overcome their fear, but they focused heavily on delivery. They believed that if only they could effectively deliver the message that confidence would erase their fear. I disagreed with them, though.

I believe that fear is diminished most by having a strong message, one that you’re passionate about and excited to deliver. Lots of delivery issues resolve themselves when we start with a strong message, but problems abound when we’re not prepared with a message that connects with others.

Several years ago in a conversation with my brother, who is now a pastor, I complained about my inability to think fast on my feet. “I wish I could follow the Spirit more while I’m speaking,” I whined. His response was wise and instructive. “The Spirit can speak to you when you’re sitting at your desk preparing just as well as when you’re on a stage.”

Preparation is a key part of crafting a strong message. Preparing for me means hours in prayer and Bible study. Before I start writing my message, I spend hours in front of a computer typing words and sentences that I later craft to communicate God’s message well. 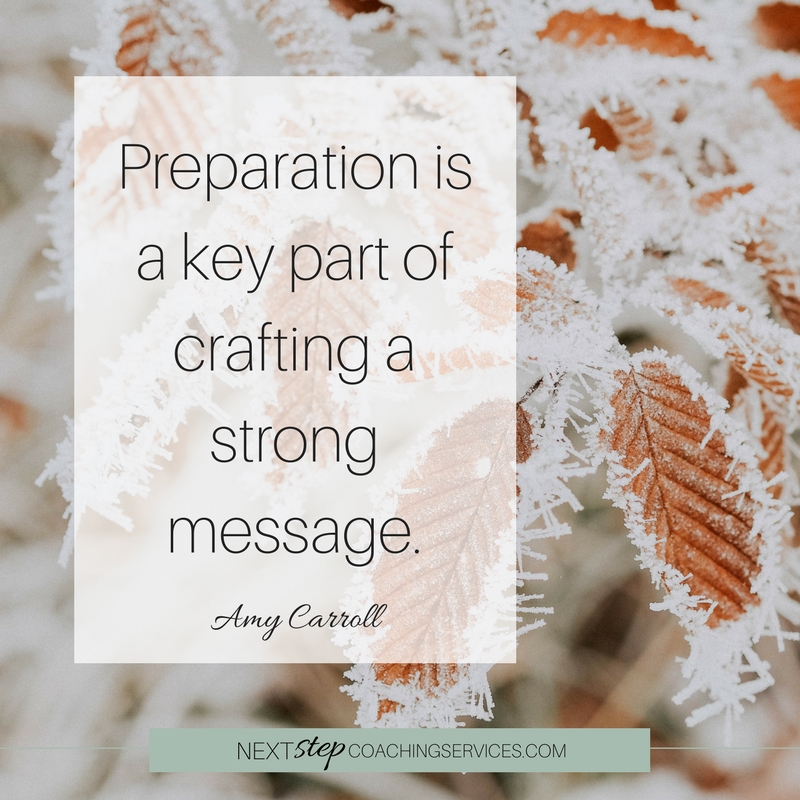 Speaking is a craft, just like writing, so another way to learn to create messages that build confidence is through the preparation of training.

Several years ago, I encountered someone you’d never EVER imagine lacking confidence. She has lots of experience in front of people, and she’s esteemed in her field. Even with all the amazing-ness she has going on, this woman said she felt like throwing up when it was her turn to speak to our group at She Speaks. Meet Mandisa! 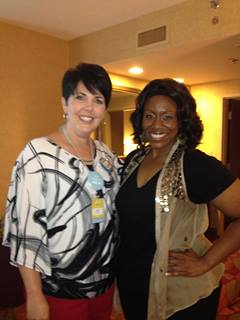 She’s lovely inside and out not to mention a vocal powerhouse, but I was thrilled to hear her say how much She Speaks prepared her for speaking opportunities, including a TED Talk event.

Here’s my point … Every single one of us struggles with insecurity, but there are concrete steps to take toward confidence. A strong and authentic spiritual life is critical (that’s coming up in the series!), delivery is important, but preparation and training is crucial as we craft strong messages that overcome our fears as we stand to speak.